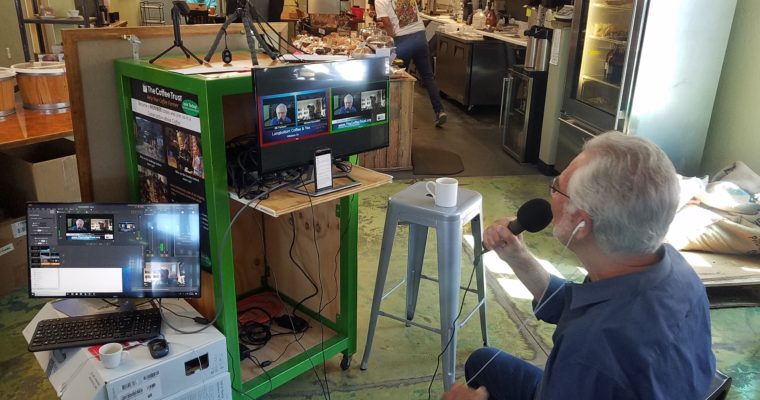 For National Coffee day check out some live interviews as Bill Fishbein interviews roasters around the country who are committed to many projects that are in support of the coffee farmer and their families. #connectovercoffee

In terms of the quality and care put into our craft, we treat every day like it’s National Coffee Day at Trifecta. Therefore, we’re focusing our attention this weekend on our partnership with The Coffee Trust, a Santa Fe based non-profit organization working with coffee … 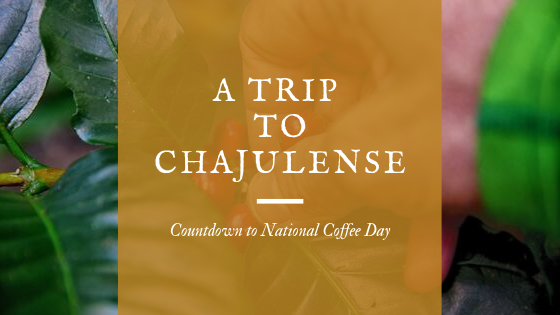 In February 2018, Trifecta co-owner Thomas Isole visited Guatemala with The Coffee Trust. This gave him the opportunity to see the work of The Coffee Trust in action and gain greater awareness of the challenges facing coffee farmers.

Thomas began working with The Coffee Trust in the summer of 2017, driving up to Santa Fe to meet with Bill Fishbein, Executive Director of The Coffee Trust.  After meeting Bill several times, Thomas was invited to join in on one of Bill?s many trips to the Ixil region of Guatemala, where The Coffee Trust focuses its work. Thomas quickly felt compelled to go.

?Each time I met with Bill I would learn more and more about what The Coffee Trust was about,? Thomas said. ?I realized that the only way you can really ever fully conceive of what they?re doing is to go there.?

The idea that you have to see it to believe it is indicative of Bill Fishbein?s style and the methodology of The Coffee Trust. All of their projects rely on farmer-to-farmer development, which empowers farmers by learning effective practices from other farmers and creating new methods through their own ingenuity.

?The Coffee Trust is not coming in region telling them what to do,? Thomas said. ?It?s getting these farmers and their families to understand what the problems are on their own, getting involved directly with the solution, and being part of the solution.?

Even though Thomas had been roasting coffee for nine years at this point, this trip was his first time visiting a coffee farm. The first coffee farm they visited in the Village of Chel was a twelve hour drive from Antigua and several hours from Chajul, where the Chajulense coffee cooperative is located.

?The initial distance to get anywhere was amazing to me,? Thomas said.

They met with a farmer who had spent that last three years bringing his grandmother?s farm back after being decimated by La Roya, the coffee rust disease. That was actually the first year they had had a harvest since La Roya struck their farm.

Thomas recalls walking through the farm, which was steep hills and dense jungle rather than the neat rows and flat terrain one typically associates with a farm, and being blown away by the remoteness and distances farmers travel every day.

?All of a sudden it dawned on me that all the plants around me were coffee plants,? Thomas said.

Getting to be there in person, tasting a coffee cherry straight from the plant, not only brought a new appreciation for coffee but also for the challenging work farmers put in to make it all possible.

?Everything is done by hand, there?s not a lot of automation, there is very little equipment involved in the planting and harvesting of coffee,? Thomas said. ?It?s a lot of brute force man power. I was just trying to imagine the distances that some of these farmers have to walk every day. That was a huge eye opener.?

One of the projects Thomas got to see first hand was The Coffee Trust?s La Roya project.

?The second farm we visited required we pass through a farm that was completely decimated from La Roya and right over the fence line was a farmer who was applying the effective microorganisms used to combat the fungus, in the manner that The Coffee Trust had worked to teach them. Resulting in a thriving coffee farm, Thomas said.

At the time Thomas visited, The Coffee Trust had just handed over the reigns of their La Roya project to the farmers of the Chajulense cooperative to maintain on their own. The Coffee Trust had done their part, putting their resources into finding solutions and teaching those solutions. But the only way the project could truly be successful was if the farmers of the cooperative took ownership of the work themselves.

Thomas got to see the end of one project and be there for the beginning of another.

?At the end of that trip, we went to an amazing cafe in Antigua called Fernando?s,? Thomas said. ?Even though Fernando works with coffee, his true passion is cacao.?

That visit started the CocoMiel project, bringing honey and cacao from Guatemala. Instead of sending cacao out of country to be processed, the processing takes place in Guatemala, keeping the jobs local and earning a higher price per pound.

?We?ve been carrying the CocoMiel product since May,? Thomas said. ?We?ll be featuring that on National Coffee Day. The honey we hope to see soon as well. I think we?re going to have some honey here by the end of the year.?

In addition to the CocoMiel products, Trifecta also serves the Guatemala Chajulense coffee.

?It was quite a process to get our hands on the Chajulense,? Thomas said. ?We were so involved with the work of the coffee trust we have to have this coffee. The nice thing is it?s a phenomenally good coffee.

?We have that coffee always available. We also use a percentage in our espresso. It?s that first sweet component and brightness you?re tasting.?

Starting this year and forward, Trifecta Coffee Company has dedicated 5 cents of every pound of green coffee they purchase regardless of origin to The Coffee Trust.

Thomas is already planning his return to trip to Guatemala. However, the memories of that first trip live on through the various Guatemalan offerings at Trifecta.

?Coffee, Textiles, Honey, and Chocolate,? Thomas said. ?It?s quite the story when you think about it.?

Celebrate National Coffee Day With Us!

As we gear up for National Coffee Day at Trifecta, we want to make sure we celebrate more than pristine latte art and perfect pour overs. This is a chance to celebrate coffee as a whole, from the farms across the world to the baristas …

Every cup of coffee tells a story — a story about the farmers across the world who make their living cultivating coffee, about the baristas who ensure each cup is artfully crafted before handing it across the counter, and about the people who connect over …