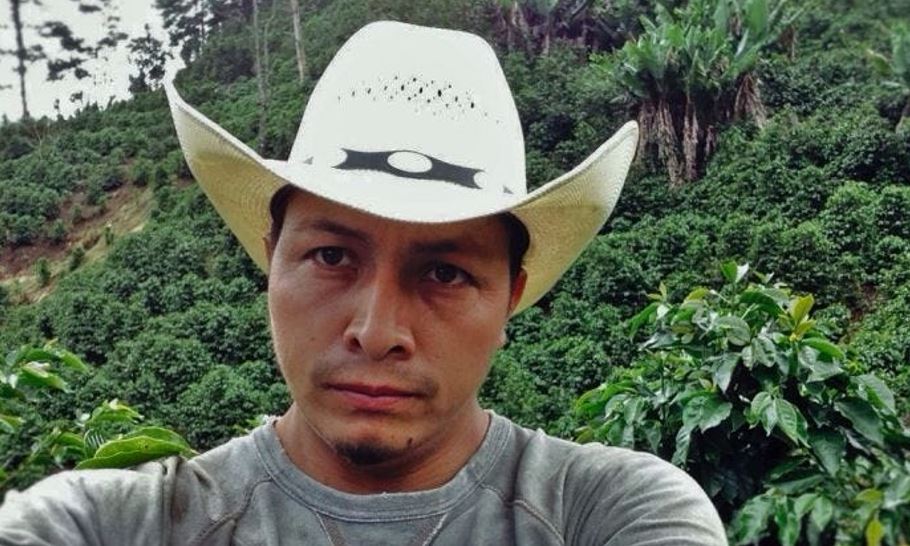 Harvesting is carried out selectively and by hand.   Ripe cherries are mechanically pulped and fermented for 12-16 hours depending on ambient conditions.   After thorough washing, the parchment coffee is sun-dried on concrete patios for 5-8 days (until the optimum moisture content is reached.) At this point the coffee is rested in a clean, cool and dry environment before secondary processing (milling, grading, sorting).

About the Farmer & the Farm

José Justino is a producer from El Carretón, a small community in the region of San Sebastián, Lempira. He is the firstborn of six children to grain  farmers José Rufino López and Romelia Rivera.   Jose attended school in San Francisco, Lempira until sixth grade because his parents could not afford to send him for higher education like other families in the region. So, once he finished his elementary studies he started to work with his father in agriculture and also as a day laborer in his small community and at town.

He did this for around six years and in the meantime, he planted 500 coffee trees in a small plot at his house in El Carreton.   After struggling to acquire more land to grow the project, José decided to go to San Pedro Sula for better job opportunities.

In 2000, José raised enough money to continue his studies and achieved the 9th grade. While studying in the city, he also got a job in a factory.   After his studies he moved to the USA to work and save money. In 2007, while still working in the U.S., he bought his first 1.39 hectares to plant coffee in the Azacualpa community in the municipality of San Marcos de Caiquín, Lempira. His father and his brother-in-law took care of the farm, collected the harvest and sold it as wet parchment to intermediaries in Gracias, Lempira.

Since then he bought more plots of land including 0.69ha in La Mision village, 0.69ha in San Antonio. In 2010 he purchased a further 10.48ha in Azacualpa and planted 3.5ha of coffee trees. In 2012, Jose returned from the USA to work on his farms full time.  Using the profits from the farm he built a house where he currently lives.