Coffee Shipped to the 50 U.S. states

We have a wide selection of fresh roasted coffees world wide. Roasted fresh within 2 days of your order placed. Typical time for delivery is 4-5 days. All orders are $5 shipping to anywhere in the U.S.
We ship coffee on Mon-Thurs-Fri

If you want to preorder coffee for curbside delivery or in-store pickup, see button below. 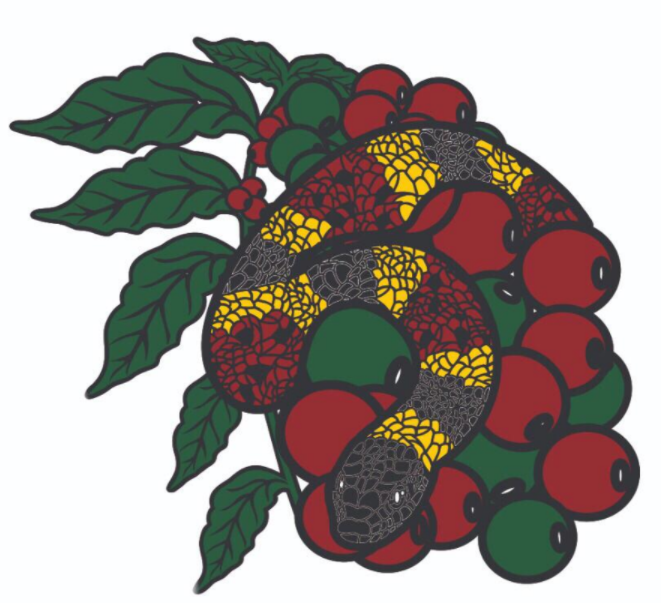 Muxbal's history begins in the late 1700's when it started as a coffee farm, we know very little about the early years but have found documents from when Chiapas still belonged to Guatemala. In 1860 it belonged to Matias Romero, a politician that worked with Benito Juarez (president of Mexico 1872). Matias Romero introduced himself to Abraham Lincoln with his political credentials, who promoted him as secretary and legal consultant of the delegation of Washington in the United States.

Muxbal's first house It was later owned by the Brown family for many years till the Reforma Agraria in 1915, The Brown family moved into Mexico City after loosing most of their land, the Ochoa brother's, sons of Mr. Browns second marriage inherited Muxbal.

Their story begins with grandfather Enrique Rodriguez. In 1959, Don Enrique had been working with coffee from an early age, and co owned a plantation with his father in law Juan Luethje, while looking for a new plantation and visiting different ones, the Ochoa brother's passed by and offered to show him Muxbal. Don Enrique is the father of the actual owner, Mrs. Maeggi Rodriguez and is managed by her sons Jorge and Juan Pablo Gallardo (after six generations!). 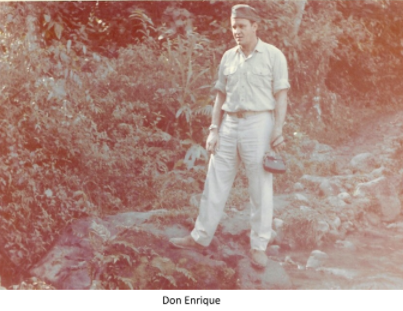 The next day they went to Muxbal and this is what they encountered: to begin with, there was no road, they had to go up on foot. There was a simple farmhouse, where the hens and pigs wandered in and out as they pleased. A coffee bean wet-and-dry mill that needed to be totally revamped, a coffee plantation that was totally devastated.

He got back to Tapachula and went to talk to Don Juan to see if it was feasible to dissolve the Corporation they shared, and request his aid so as to acquire Muxbal. Don Juan did indeed help him out, but both he and friends who knew the plantation could not fathom how he could assume such a commitment. 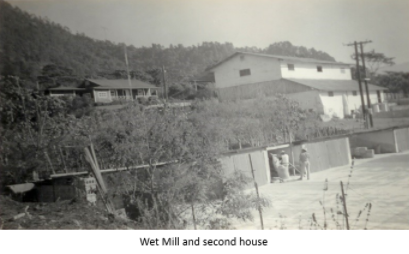 Little by little, he got the mill – both wet and dry functional, and he replanted the plantation. Construction of the road was undertaken in 1965 or so and it would take a decade for it to be completed. First, it was broadened so that the mules could carry the coffee down, then for a car to drive up.

Wet Mill and second house Dynamite had to be obtained to move many rocks out of the way and with the help of a roadman (called caminero here in Chiapas - it's a person who is not an engineer, but who makes his living making roads), the construction of the road was begun: first from Union Juarez to the river, then from the plantation down to the river. This took several years of work. In that first year, Don Enrique began working in the Intituto Mexicano del Café (Mexican Coffee Institute), and so Don Juan had to take on the supervision of the work.

The road was finally finished. In gratitude, Don Enrique gave Don Juan the keys of the jeep so he would be the first person to drive up the road to the plantation. It was fitting that it should be so, as he had overseen the construction of the road through all its phases. Naturally, on some curves, the vehicle could not easily get by and some fancy maneuvering was required. But these are problems that have been smoothed out over the years, and today you can drive up the road with absolutely no difficulty.

Save this product for later
Display prices in: USD