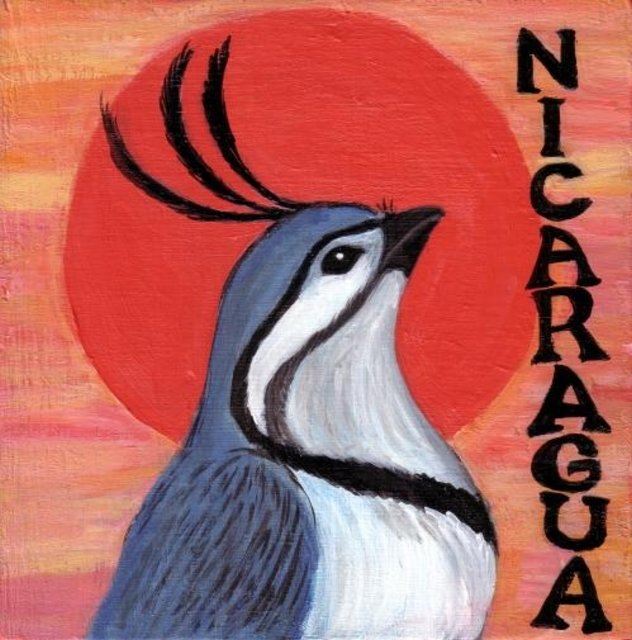 Roaster Notes:
Dry processed. These are enormous sized beans. We roast to a city plus range. Developing some of the chocolate and nuttiness while preserving a slight floral and fruitful undertones.

Additional Notes:
Finca Los Congos is located in the San Fernando mountains of the Nueva Segovia region. Most of the farms rugged mountainous terrain has been left undisturbed in its natural state covered in a lush pine forest where its namesake monkeys and other native animals are able to roam free. These mountains reach upwards of 1,800 meters (6,000 feet).

Rina's father, Jose Rene Paguaga, started his own farm as a teen, growing and expanding until the civil war reached Nicaragua in 1979 and forced him to move his family to Honduras. The Paguagas lost their Nicaraguan farms, but by the time Jose was in his 70s, they were back in Nicaragua on new operations- starting from scratch. Today, three generations of Paguagas are involved in the production of this excellent coffee.

• Presidential Award for 90+ points for the Pacamara in 2010

Finca Los Congos' Pacamara has also been recognized by Coffee Review with a 95 point and 3rd place in the Top 30 Coffees of 2015.

Save this product for later