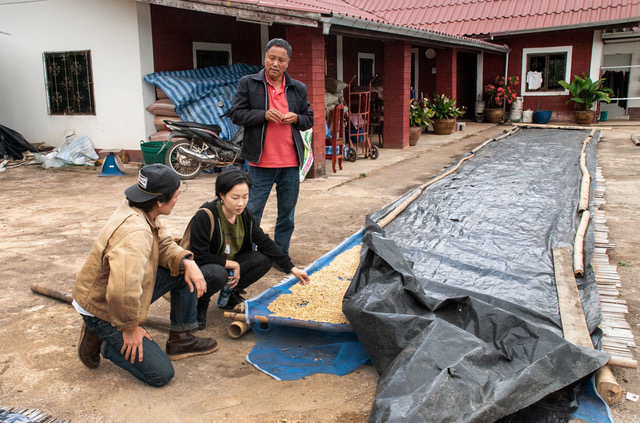 This historical coffee comes from Northern Thailand in the Golden Triangle where roots of the Shen’s family goes back 3 generations, starting with Liz’s grandfather, Shen Jia’en.

Shen Jia’en was a commander of the 93rd Division of the National Revolutionary Army of the Republic of China.  In 1949 after the loss of the Chinese Civil War to the Communists, the remnants of the National Revolutionary Army  made the journey to Yunnan Province and across the  boarders of Thailand and Burma (Myanmar).    Up until to 1970,  the 93rd Division helped Thai forces fight off the Communists from the northern border.    In return for their service,  the soldiers were granted Thai citizenship and they settled down to farm in the Golden Triangle area.   It was at this time the Royal Project was founded by King Bhumibol which was to replace opium poppies grown in the area for other cash crops.

Shen Qingfu, Liz’s father establishes the 93 Army Coffee Plantation.  This is where Liz’s abroad studies and coffee passion between a father and daughter meets in the plantation fields.   Now Liz has taken the reigns of the operation and continues focusing on producing sustainable, fully traceable, clean, and sweet coffees.   This year Liz is spearheading a new chapter of the IWCA (International Women’s Coffee Alliance) in Thailand.   In 2019 the first crop of this coffee arrived to the U.S.

A short video clip with David sharing history on how 93 Army coffee started.