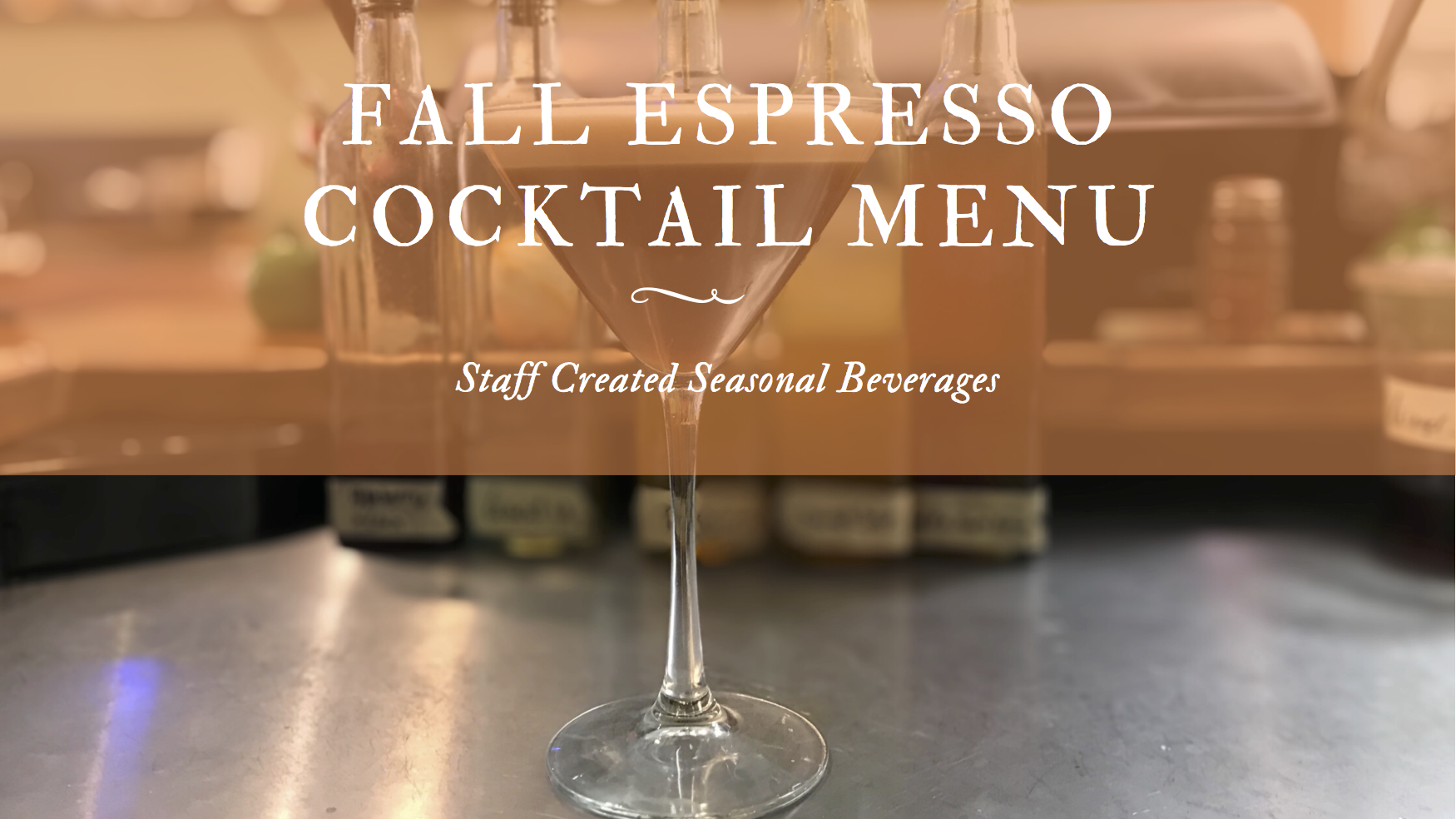 Fall is in full swing and our new Fall Cocktail Menu is here to carry you through the season.

Our barista, Jon, has worked hard experimenting and developing these drinks over the last couple months and we’re excited to share them with you!

After experimenting with a store bought orange syrup, Jon had a simple thought: I can do better. He already had a tumeric and ginger syrup so he added clove and orange peel to create a nice floral and spiced orange syrup. Once he nailed the syrup it was simply a matter of finding a drink to pair with it. Trifecta has done an espresso old fashioned before so it made sense to create a new twist on the old fashioned using the orange syrup.

This was the result of, as Jon puts it, a wild hair. He knew we were looking to add something very cocktail inspired to the fall menu and he also knew some whiskey sours recipes use egg whites to create a nice layer of foam. So he got some egg whites and started playing around with them. The first few experiments were espresso based beverages and the hot espresso caused the egg whites to expand too fast. Instead of creating foam, the drinks simply exploded when shaken. When he moved on to experimenting with cold brew, it was a perfect match. The profile of the cold brew pairs beautifully with the tumeric and ginger syrup.

This drink was originally created as part of our National Coffee Day campaign. For National Coffee Day, we partnered with The Coffee Trust to highlight the work they are doing in Guatemala. The spice syrup is inspired by Guatemalan cuisine and the cacao mixture used in the drink is sourced directly from Guatemala. The drink was such a hit it was obvious we had to include it on our fall menu. Check out the video below to have Jon walk you through the drink step by step.