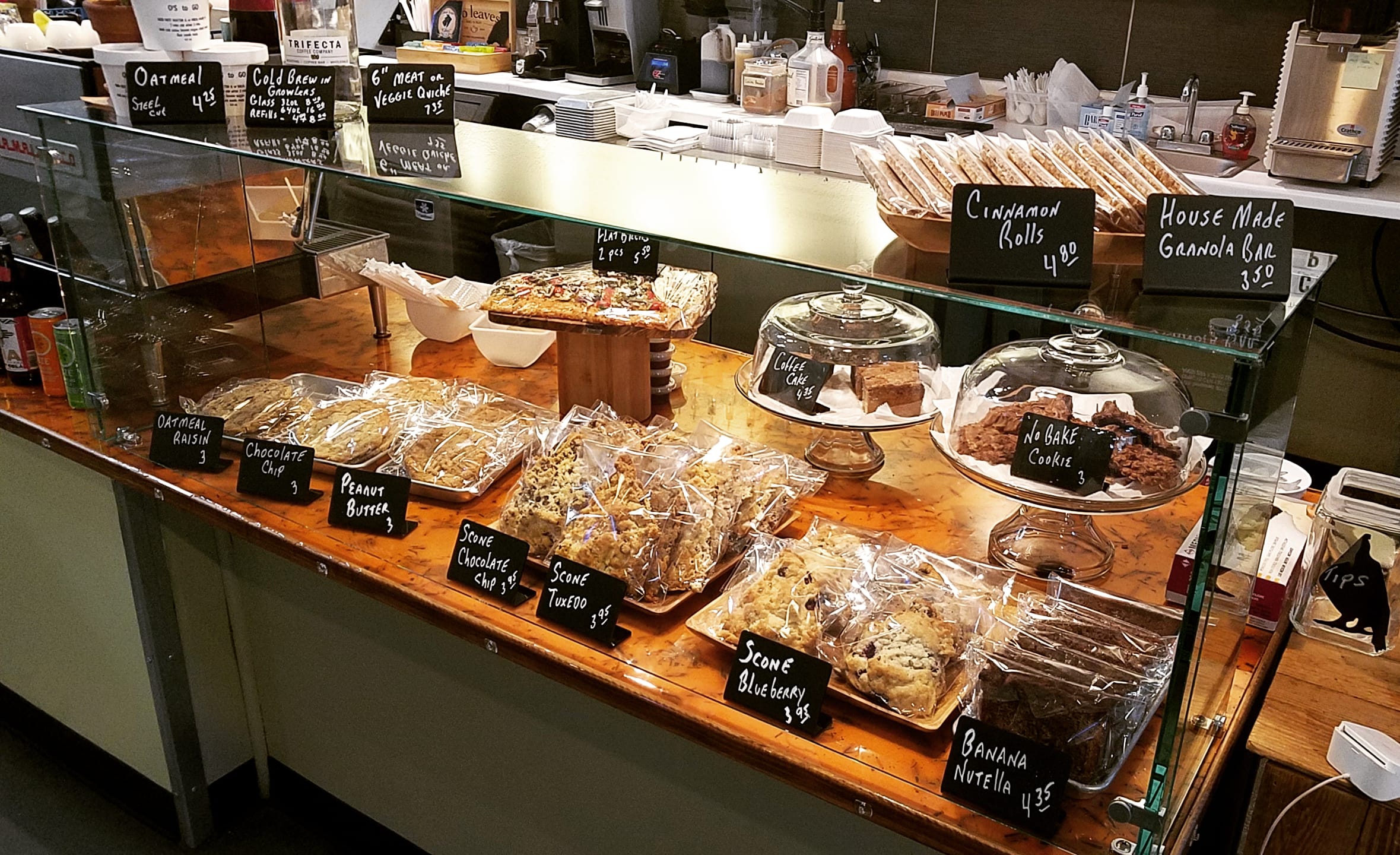 about his approach to the bakery side of Trifecta, he has a simple answer: start with less, do that right, and then build.

If you walk into Trifecta today you’ll see a bakery counter filled to the brim with scones, cookies, cakes, quiche, cinnamon rolls, and various seasonal items. All of that is the result of building on the simple successes of the last five years. The foundation for all of it the start with less part of the equation was Lee patiently perfecting a scone recipe in his apartment and at Muskrat Coffee located off route 66 in Tijeras when Lee and Thomas first collaborated to build what is now Trifecta Coffee Company.

He started with a traditional currant scone and spent three stubborn years tweaking the recipe until he felt like he got it right. Once he got the scones right, he moved on to a pie dough. Again, the recipe was simple but versatile, making it perfect for sweet or savory items. With those two recipes under his belt, Lee established a solid base of scones and quiche and built up from there.

Lee did all of the baking when Trifecta opened in 2015 and it was important to have everything out for display on the bakery counter (even if it was a little emptier in those days, consisting of scones, quiche, muffins, and coffee cake). Lee’s baking style is less of a traditional American coffee shop style more of a marriage between British and rustic American baking. Since he was going for something a little different, starting small and  putting everything out on display helped to build trust with customers.

The bakery side of the business kept growing and eventually Lee had to follow his own philosophy. He’d started with less, done that right, and it was time to build by bringing in a baker. In order to not only grow the bakery but elevate it, Lee wanted someone with formal training to help refine his base recipes.

By having a baker in house, Lee is able to maintain his presence in the kitchen without having to split his attention between the kitchen, the front of house, and the back of house. This has allowed him to focus more on the big picture and ensure the bakery continues to grow without sacrificing quality.

A big point of pride for Lee is that things have expanded but everything is still produced in house. Part of that is being willing to experiment and know that sometimes the things you think will go well don’t sell and the things you’re unsure of fly off the shelves. Another part is the trust Lee established with customers by starting small. Trifecta customers have a strong willingness to try new things because they know the care that Lee puts into everything.

Lee started the Trifecta bakery with less and has certainly done it right. All that’s left to do is continue to build.